Nov 28 Comments Off on America’s Fastest Marathoner, Ryan Hall, Is Retiring – Did we see a small sample in over training?

Did anyone else see all the news?  The man who raced with such tenacity that he often left it all on the course is retiring.  The past few years have been heavily dominated by Kenyan, Ethiopian, and a few other African distance runners, but during that time, two highlights of American running have been Meb Keflezighi and Ryan Hall.  Some even feel that Ryan Hall who is 33 was somewhat one of our last/best chances for a strong competitor for this upcoming Olympic Games in Brazil.  Ryan stated in some interviews however that he is succumbing to long term low levels of testosterone, which has led to fatigue.

For a much better article on Ryan Hall, I highly suggest reading the article over at The New York Times, penned very graciously by Lindsay Crouse.

What is very interesting about the article in general is just this, did Ryan push himself too hard at a young age?  Hall often admits openly that he has been running over 100 miles a week since he was 17 years old and still a high school athlete at the time he started this regimen.  We might very well be seeing the tolls of this level of training on his body at such a young age coming full circle at this time.  This is no way, shape or form a slight towards Ryan Hall, to me, Dr. Craig, he is an icon, anyone who can lay down a 4:46ish pace in a marathon is an absolute boss when it comes to running!  But do the math a few times on that much mileage starting at a very young age, combined with fairly early sports specialization and we have a bit of a recipe for disaster.  He started running hard at about age 13, he’s retiring at age 33.

While I should not be Ryan’s judge by any means, he had a very good career, regardless of how some will view it, and any time you think you can keep up with the old boy, just refer back to this video done by Asics in 2012 to show the pace that Ryan was capable of running! 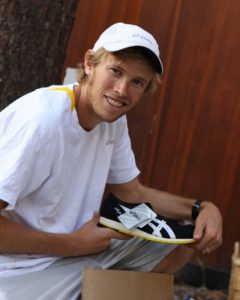