Nov 11 Comments Off on An article even we fall back to on occasion: Treating and Preventing Stress Fractures

It’s hard to believe that it has been two full years since this awesome article was published over at Competitor.com, but it has!  Dr. Thomas Michaud is a chiropractor who treats runners in the Boston area and has a lot of experience in the field.  The following article on Stress Fractures in the lower extremities, specifically in runners is great.

The most profound statement in this story is the fact that one in five runners will sustain a stress fracture.  Dr. Michaud also states that while it is believed that bones are breaking down and becoming brittle in stress fractures, that in some cases, healthy bones can even break down due to unmanageable impact forces which often times are simply over training, poor footwear choices, and muscle strength related issues.

Dr. Michaud explains in depth that while some practitioners feel the piriformis is a low level hip rotator, that some newer research shows that it helps reinforce the femoral neck when running.  He also explains that the iliotibial band may also serve as a “fascial expansion” which helps to protect the femur from stress fractures when running.  This happens by way of the TFL (tensor fascia latae) and glut max muscles creating compression forces on the iliotibial band, which helps protect the femur.

Later in the article, Dr. Michaud states that:

“Another common cause of stress fractures is calf tightness. As demonstrated in several studies, tightness in the calf causes a premature lifting of the heel while running, which transfers a significant amount of force into the forefoot, as demonstrated in the seventh image above. In fact, one study found that individuals with tight calves were 4.6 times more likely to sustain a metatarsal stress fracture. As a result, maintaining adequate calf flexibility is essential in the treatment and prevention of metatarsal stress fractures.”

The article leads us to better understand why forms of treatment like Active Release Technique truly help runners, while corrective exercises based around the hip rotators specifically help runners go for longer periods of time without injury.  I highly recommend you take a look at the original article on a weekend when you have time to study up because it is a fantastic article with tons of insight into stress fractures.

If you are suffering with running injuries, please don’t hesitate to give us a call.  We have a wide variety of treatment options ranging from Chiropractic Manipulation, Active Release Technique, and Instrument Assisted Soft Tissue Manipulation for getting runners better faster than just resting in some cases.  We also later prescribe corrective exercises to help strength key areas in endurance athletes that are often over looked during some training regimens. 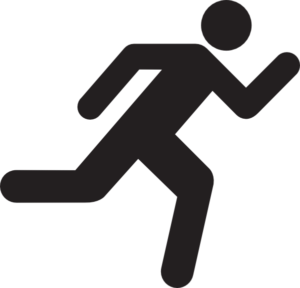