Nov 11 Comments Off on The Canadian Armed Forces has thrown out dated fitness testing in favor of real-world tasks. Sit-ups tossed out.

The Toronto Star published a story recently (January 20th, 2016) with the headline, “The Death of the Sit Up”.  The article immediately popped up on my social media feeds because one of the consultants mentioned in the article is Stuart McGill, PhD.  Dr. McGill is a professor of spine biomechanics at the University of Waterloo.  Dr. McGill is also widely known as one of the best researchers around for prevention of low-back-injuries.

The article discusses that once a staple of physical fitness in gym classes and military fitness tests, the Canadian Armed Forces have thrown out using sit-ups as a measure of physical fitness.  Dr. McGill has been researching spines for over 30 years and has shown several times over that flexion of the spine, the motion used in a sit-up can statistically put you at a great risk for developing a low back disorder.  Dr. McGill is quoted in the article that he has now been contacted by the US Military and asked to show his findings that doing repeated traditional sit-ups causes damage over time and as repetitions increase, the more likelyhood of a disorder of the spine develops allowing the spine to become damaged.  The largest problem with the traditional situp are that if a disc bulge begins to form, repeated sit up motions can actually increase the size of the bulge due to simultaneous compression and bending of the discs and spine.

The article goes on to talk about ways other exercises are being used now to evaluate physical fitness and military training.

The last few words on the article more or less sum up most of McGill’s findings and our advice as well:

“McGill says every exercise is a tool to achieve a goal. “If (your goal) is to become faster, stronger, or if it’s to become injury-resilient and have less pain in life and make yourself generally fit to enjoy life, then the answer is don’t do sit -ups,” he says. Exercises such as planks, he notes, are safer for lower backs and better engage core muscles.

“But if you’re a UFC fighter or a jiu-jitsu master and you have to do groundwork to fight an opponent off your back, you should probably do a few sit-ups.”

We highly encourage you to check out the original article at the Toronto Star authored by Mary Ormsby: 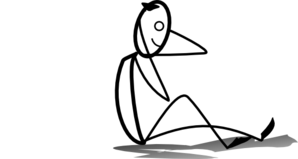