Nov 12 Comments Off on Didn’t really ask for permission to post these, but was not told I could not. ASIC’s MetaRun Shoes Inside.

So, if you know anything about Dr. Kemenosh, he’s a bit of a sneaker geek.  The best part for myself, Dr. Craig Evans, is that our sneaker geek powers have combined to the point of occasionally bursting into arguments primarily centered around running shoes.  Getting down to business, CHRISTMAS came EARLY this year thanks to Dave and his team at the Running Co of Haddonfield, Moorestown, Mullica Hill and Medford.

The ASICS’ MetaRun shoe is just kind of a crazy concept that the engineers in Japan were permitted to go crazy with.  ASICS’ makes no bones about it that this is a “concept shoe” and costs were rarely spared in it’s engineering and use of materials.  One of the coolest new enhancements is the midsole is made primarily from FlyteFoam, which ASICS’ claims is 50 percent lighter than most other EVA foams used in running shoes.  The middle of the shoe also uses a real carbon fiber insert for support and stability along the midsole with the latest version of their AdaptTruss.  This new version is supposed to adapt to your foot to reduce pressure and all for the foots arch to drop slightly during long distance runs.

Dr. Kemenosh has already logged a few miles in these bad boys and I will be out in them very soon, hopefully as soon as this foot and toe heals up from the “Great Soup Can Disaster of 2015”.  If they feel broke in enough and my stitches are removed in time, I may even still attempt the Philly Half Marathon, this weekend coming, also the weekend before Thanksgiving!

But really, you just want to see what a $285.00 running shoe looks like in pictures, so get a look at these gold trimmed “Darth Vaders”!  You know I love a TRULY BLACKED OUT shoe: 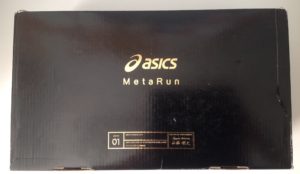 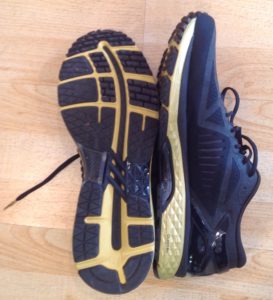 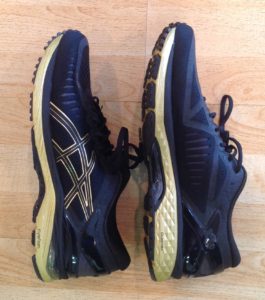 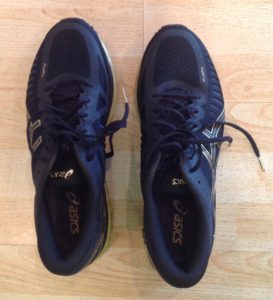