Ok, so anyone familiar with our office knows that Dr. Mark Kemenosh loves being out and about on the waves, on a bay, or combining just about anything that involves being on the water.  If you wake up early in the OCNJ / Somers Point areas you will most likely find him out stand up paddle boarding.  A few months ago, Dr. Craig had the opportunity to show him a video about “hydro foiling” and he’s been intrigued ever since.  We are somewhat leaning on him in and around the office to pick up a foil, but there have been no confirmed purchases so far that he has alerted us to.

Wondering what I am talking about?  Are you intrigued to know more?  Check out the video featuring Kai Lenny on a stand up paddle board with a very unique modification called a hydro foil.  Just take the next minute and a half to have your mind blown just like we have been!

How cool is that?  Need some more hype?  Check out this video from Go Foil with Starboard.

Balls in your court Dr. Kemenosh, but I have a feeling you might have one on preorder.  #JustSayin…  You and Jack would look pretty cool on one! 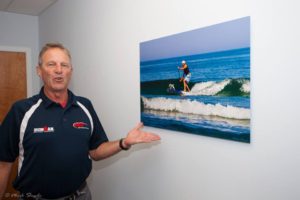 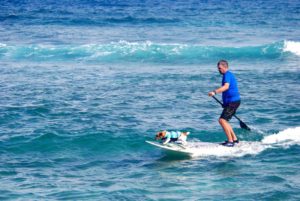