Feb 20 Comments Off on So tell me about these Aline Performance Insoles all you Docs are testing out!

So for about the past month we have been testing and tuning our own Aline Orthotics (Performance Insoles) as we prepare to start fitting them semi regularly for our patients.  For the first time in a long time we are excited about an orthotic because Aline truly has a product that works very well with MOST feet.  These orthotics are also affordable, making them even more enticing as an offering for our patients. 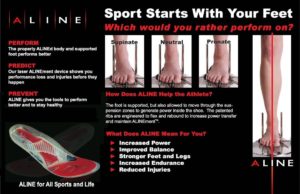 Here is some of what we have been testing and tuning the past few weeks since having a sit down training session with training and fitment team from Aline.

First off, here is the Aline base station.  It’s simple, effective and you can within a few moments if you will likely benefit from Aline performance insoles and where we can add in physical adjustments to help with pronation and supination. 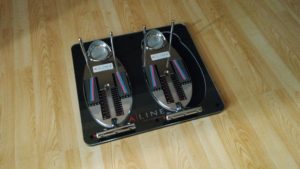 Lets start with Dr. Josh Sand’s hiking setup.  As you can see in the following pictures, Josh just picked up a new pair of Merrell hiking boots and immediately started using his Aline Golf Insoles in them to test them against Aline Active Insoles in his older Merrell hiking boots to see how they both performed.  Josh said surprisingly both pairs felt great, he feels that he is only slightly more interested in wearing the golf model because they are in his new boots and that both pair have felt great for him other than some increased muscle soreness in his peroneal muscle groups (lateral  shin muscles that help to stabilize the foot).  The only slight complaint Dr. Josh has is that the golf insoles are slightly tacky due to the top layer of the insole being designed for feeling the ground underneath you as much as possible and gripping through during the golf swing. 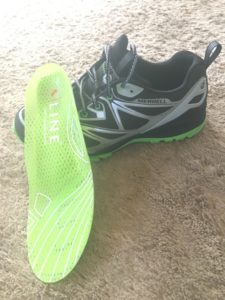 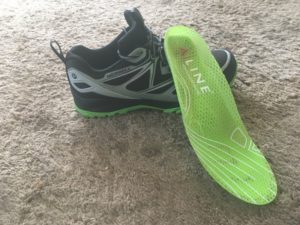 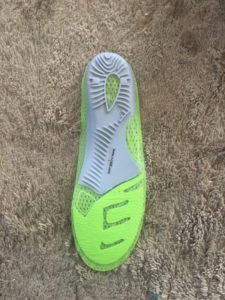 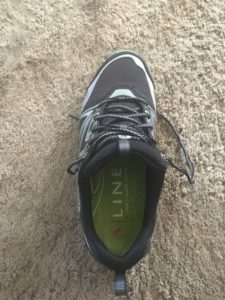 I, Dr Craig Evans, have been testing the cycle models because our Aline rep alerted us that the Active and Cycle models are both designed for highly active individuals and were designed with running/tri-athletes/hikers in mind.  I have not been doing as good of a job with taking pictures of my orthotics testing as Dr. Sand and am admittedly an orthotic basher to some extent due to my past medical history.  Sometime around my freshman or sophmore year of high school my parents spent around $600 (or more) on hard orthotics for me to help curb some tendinitis issues that I was hard casted for several times during my high school basketball career.  I was permitted to play through the pain to some extent with prescription for NSAID’s but often spent the following spring and summer in a walking cast in an attempt to calm down my Achilles tendon.  Looking back now I’m guessing that walking boots were not invented at that time and I am almost glad because I would have probably taken it off.  For the most part however, I never wore those hard orthotics longer than a week because they were almost downright unbearable at least for me.  They felt like rocks and nothing that I could do could make it any better.  From that day forward I have been picky about what shoes I wore and was able to remain somewhat pain free in the Achillies tendon region by keeping up a strength training regimen and fell this is what greatly helped me leading into my senior year.  The summer before my senior year of high school a new Orthopedic, fresh out of med school from Canada saw me and forced me into a physical therapy regimen that I still keep somewhat going to this day.

Below you can see the Aline Cycle insoles that are currently in my Adidas Boost ESM 3’s.  It took an honest week of walking and three 5k runs on the treadmill for me to settle into them well. 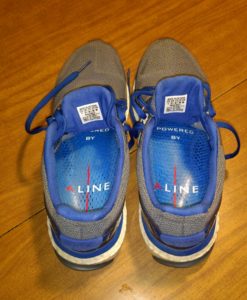 The Aline Cycle performance insoles have an integrated fabric mesh that helps to keep the insole slim.  The orthotic is designed with sports like running, cycling, and soccer in mind!  These insoles feature the exact same support and technology as the Aline active models with a slightly different top coating. 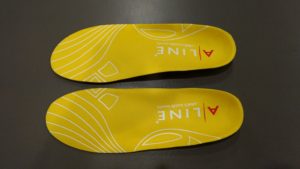 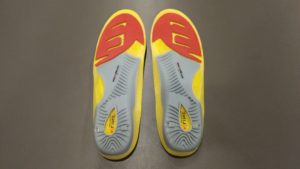 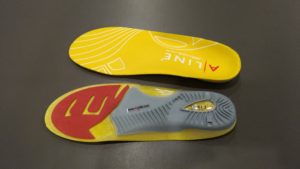 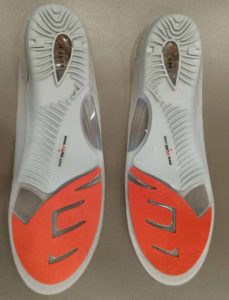 Interested in some performance care or seeing if Aline orthotics can help you?  Please feel free to give our office a call at 856-228-3100 or you can email us at our Contact Us Page linked below!