Nov 30 Comments Off on USA Women’s Soccer wins WORLD CUP, but the cool thing is that most played multiple sports in high school!

Reading about the US Women’s World Cup soccer team this beautiful Sunday afternoon led me to an article produced by USA Today stating that most of the players on the team were MULTI-SPORT athletes before focusing on soccer.  In the article written by Martin Rogers for USA Today Sports on July 3rd, 2015, Martin states that two of the team’s biggest stars attribute many of their great soccer skills to playing basketball, in addition to soccer at very high levels during high school.  These stars include Abby Wambach, who is wildly considered to be the best header of a ball in all of women’s soccer.  Abby goes on in the article to state that she credits her basketball days to helping develop her ability to time rebounds and jump into plays at full speed.

Just as it was reported on earlier this year, in May of 2015, it was found that 224 of the 256 NFL draft picks were multi-sport athletes at the high school level.  Further stats are discussed in an article written by Cam Smith for USA Today High School Sports that 63 percent of the 2015 NFL Draft were actively part of their high school track teams.  Next up in stats it was found that 48 percent of the NFL Draft picks played basketball and around 10 percent were active in baseball at the high school levels.

In an interesting first hand event, while attending an open house night last summer hosted by Dr. Candice Holden and her team at the Nemours DuPont Children’s Hospital in Voorhees, NJ, we heard from the Philadelphia Flyers own Director of Player Development (and former player) who told his own story about becoming a professional athlete as the evenings guest speaker.  Lappy told everyone in attendance that he did not ultimately make the final decision to pursue hockey full time until he was 18 years old and noted many times that he enjoyed playing baseball and soccer.  Lappy stated that until he was 18, hockey was a sport you played mostly in the winter months, baseball being a spring/summer sport, and soccer being a summer/fall sport.  While his evidence is anecdotal at best, he feels strongly that his commitment to playing different sports helped him stay fresh and injury free for the start of all his seasons growing up.  The night overall had high notes discussing concussions and this was the main reason for Lappy being in attendance, since the guy not only had few throughout his career, but was also forced to leave the game he loved due to post traumatic concussion symptoms plaguing him after returning to training camp months after he took a puck to the orbital bone in the playoffs the year before that caused his optic nerve to also swell short term.

It was interesting to hear a former player and now member of a professional teams management discuss overuse injuries from sports specialization at too young of an age.  While he also spoke passionately about concussions and head trauma, it was very intriguing to hear him speak so fondly of being a three sport athlete in high school and how it sounded that he almost drug his feet in becoming a professional ice hockey player.

The event at Nemours was partially hosted in accordance with help from the Stop Sports Injuries campaign which is chaired nationally by the renowned orthopaedic surgeon, James R. Andrews, MD.  Dr. Andrews noted during his time actively in practice that overuse injuries in young athletes was becoming a critical issue that wanted addressed.  The campaign from STOP Sports Injuries is a fantastic resource for parents worried about overuse and over training injuries resulting from sports specialization at too young of an age.

If you would like to know more about the Campaign to STOP Sports Injuries, please follow this link:
http://www.stopsportsinjuries.org/ 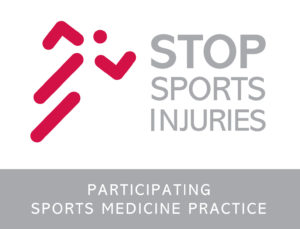 Dr. Kemenosh and his associates, Dr. Craig Evans and Dr. Andrew Gross are all proud to be members of the STOP Sports Injuries campaign for youth athletes in the Southern New Jersey areas.

On a side note, how about Delran Townships own, Carli Lloyd?  Two time Olympian and now the record holder for the FASTEST HAT TRICK in Women’s World Cup History!  Scary good soccer player from the “South Jersey” area and Rutgers alum!  Congratulations Carli, you played lights out more than once in this tournament.

Check out CNN.com talking all about the US Women’s World Cup here: http://edition.cnn.com/2015/07/06/football/womens-world-cup-final/