The RunningWorks Day Of Distance on March 17th was AWESOME!  If you are high school track or cross country coach you need to be at this event next year!  The speaker lineup was great and I didn’t even need an afternoon coffee to get through this event which almost never happens at a seminar being the father of two young children!  The event kicked off promptly at 8am with breakfast and small talk at the  Jake Nevin Field House at Villanova University.  At 9am the day promptly started with Marcus O’Sullivan greeting the seminar and talking about how important coaching is for young athletes. 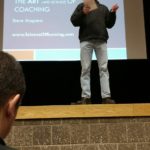 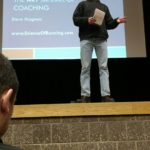 At around 9:30am Steve Magness took over and discussed “The ART and science of coaching track athletes” and discussed many of his findings and experiences as the head distance track coach at the University of Houston as well as a private coach to several Olympians.  Steve’s professional coaching career involves athletes like Sara Hall, 3:56 miler Tommy Schmitz, 3:58 miler Jake Edwards and has served as a consultant to many Olympic runners and triathletes.  His website and books are available at the popular running website, ScienceOfRunning.com

Next up on the docket was Tom Schwartz discussing coaching techniques and Critical Velocity Training as it applies to Type 2A Muscle Fibers and some of the research he has been using using for runner training the past 20 years.  Some of Tom’s best insights were on knowing how long you can effectively kick for during a run based on the distance of your race versus the conditioning of the athlete.  The Tinman further explained some of his insights gained over a lifetime of training and coaching as well as being a featured contributor to TheRunZone.com 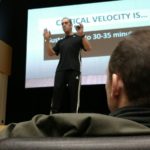 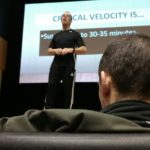 Lunch was served at noon with a lot of veggies and fruit which helps someone like me who at least attempts to eat healthy at seminars.  There was also some pretty awesome pizza because simply put, a running seminar full of runners, needs pizza.

The afternoon was great, my first break out session was with Dr. Greg Biren of Rowan University who discussed “Fueling Athletes for Maximum Performance” in Villanova’s amazing Bartley Hall. Dr. Biren’s presentation was great and packed about as much basic athletic runner performance nutrition that you can pack into 59 and half minutes before needing to release us.  Dr. Biren keeps a wealth of basic runner information, primarily sourced around and related to nutrition at his personal website at Rowan University, http://users.rowan.edu/~biren/ 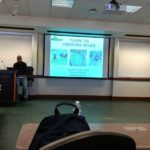 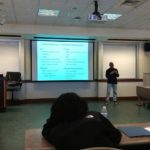 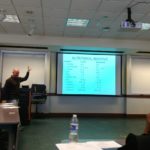 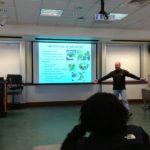 My second break out session was lead by Dr. Dennis Whitesel who practices in Delaware.  Dr. Whitesel’s session was “When You Foot Hits the Ground Everything Changes” and the information discussed was great and focused on lower body bio-mechanics for runners.  Dr. Whitesel discussed many things and had several videos in his presentation of runners that he commonly sees. 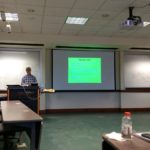 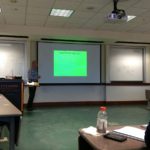 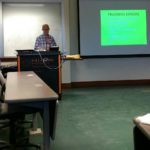 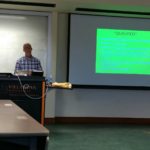 Marcus O’Sullivan, Cricket Batz, and several others had an advanced coaching session and Q&A with the speakers which focused a lot on continuing the topic of influencing VO2 training and distance running training in general.

Flat out, this was one of the best seminars that I have attended in a few years.  If you are some how interested in running at a higher level, coaching athletes who are involved with running and need some refreshing points of view, this seminar was GREAT!

Twice in the past Dr. Mark Kemenosh has been a featured speaker at the day of distance discussing Active Release Technique and common runner injuries.  We hope that he gets invited back again, here are a few photos of the speaking he discussed during his last invite in 2015. 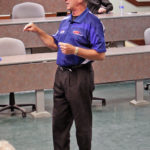 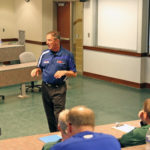 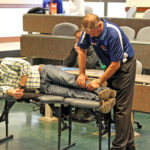 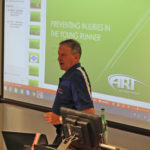 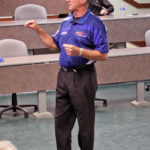