For the second year in a row I was able to attend The Running Works Day Of Distance hosted by Marcus O’Sullivan at Villanova University! For the second year in a row I was blown away at the shear amount of running knowledge and sense of community the coaches in Pennsylvania (mainly the Philadelphia area coaches) and New Jersey (mainly the South Jersey coaches).  Shak and Cricket at The Running Works just keep putting on a better coaches clinic each year and it’s a lot of fun to meet the coaches from outside our region, South Jersey, and to see the look on their faces when they realize we are at cross country seminar for the various reasons we attend to better support our team and this year we even took a patient along who is looking to make the leap into coaching other triathletes very soon!

The day overall went by way too quickly! First off, Villanova’s athletic complexes are under a major overhaul right now and the transformation from last year to this year was a huge improvement! The football stadium and track may have been under snow to some extent, but you can see from the pictures below everything keeps getting better! We checked in around 8:00 AM and Craig Virgin, the famous American cross country and 10k meter racer spoke promptly at 9:15am. After a short break we jumped directly back into coaching talk with Chris Fox, the head coach of distance and cross country running from Syracuse University and recent Big East Champion and National Champion coach in Cross Country who politely reminded Villanova fans that to do that, you have to beat Nova and everyone had a good chuckle over that.  Lunch just might be my favorite part of the day because I get a chance to sit with coaches that I don’t know and hear about issues from coaches outside of our region like the western suburbs of Philadelphia and northern New Jersey.  The afternoon seminars I selected were with Phil Warton on Active Isolated Flexibility and Stretching followed by Marcus O’Sullivan on novice coaching solutions. Phil Warton’s session on stretching was very interactive and fun and he focused a great deal of his talk towards keeping young runner legs happy, including the hips! It was fun to see someone else who I have never met before “preaching the gospel” that happy hips make for good runner legs and improved spinal mechanics. The best part of my day, and my guest triathlete also agreed was “Novice Coaching Session with Marcus O’Sullivan” who broke down how easy it is to worry about to many variables when coaching high school cross country and while data and science can be infaliable, don’t forget when you are coaching middle schoolers, high schoolers, or even college kids to support them no matter what and to do the best to keep them healthy! Marcus when into how he almost retired from running and open road racing at age 32 because he had still never found a system of training before that which worked for him and it wasn’t until he started to let someone else help coach him along with decreasing the intensity of workouts from time to time based on blood lactate threshold levels and heart rate that he was then able to prolong her 5k and 10k racing career to the age of 37 and he joked several different times that he did it by listening to his body more and running hard a good bit less. Yes, you read that correctly, at 32 years of age, he ran almost as fast as he did at 22 in the prime of his career by listening to his coach and decreasing his high intensity mileage and working more on staying healthy.

Check out the pictures below! 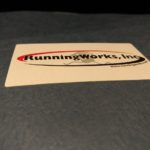 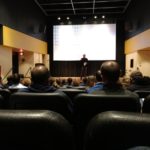 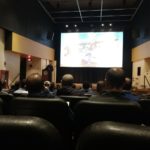 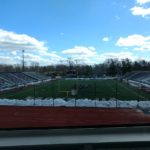 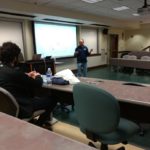 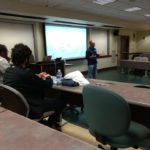 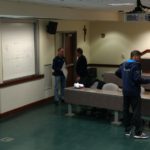 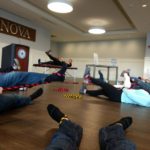 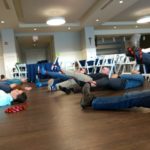 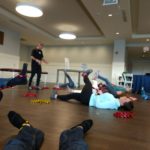 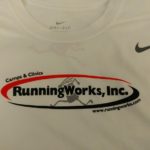